The gaming industry offers numerous dream jobs and gamification is one of the future trends par excellence. We give an overview of exactly what job opportunities are opening up in the gaming industry. 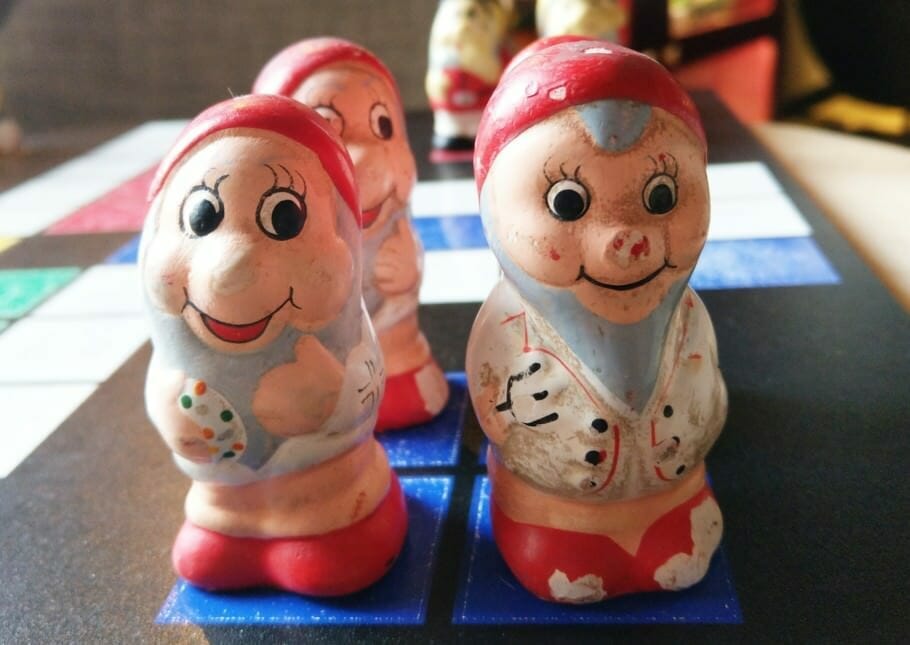 Mario Hahn is a freelance editor.

Dream jobs in the gaming industry

To participate in the creation of a video game would be for many the dream par excellence. However, very few are pursuing this desire because working in the games industry is often seen as an impossibility, a career path that is as uncertain and unattainable as that of a superstar or millionaire.

In fact, the games industry has grown immensely in recent years, as noted Turnover through video and computer games Almost 2,4 billion euros annually in Germany alone. In order to create all these games and bring them to the market, a lot of employees from IT, management, design and Co. are required. The industry therefore has different job opportunities for applicants from different areas and with different previous knowledge.

While the creative design of the game is usually not just a person at work, but a whole team of writers and designers, but the leading game designer keeps the entire concept in mind and ensures that the result is round. With the increasing complexity and the ever better quality of today's games will be the role of the game designer especially important nowadays.

In order for the story, the gameplay, the characters and the design of the game can really be implemented, it requires the technical implementation. To do this Candidates from the IT industry needed, which can translate the concept of the game designer as optimally as possible by codes in a program.

In order to have a chance as a programmer in the game industry, a graduate program is usually helpful and increases the chances against self-taught programmers. Those who rethink their training path or have not decided yet can directly specialize in their studies as game developers. Additional competencies, such as the ability to solve complex problems, to think analytically and to be able to handle algorithms perfectly, are essential for the job as a programmer in the game industry.

Another classic among dream jobs in the gaming industry is the game tester. Appropriate gaming experts play through all types of games to find bugs and try out the mechanics of a game carefully. Only in this way know, for example Live casino sites whether they can recommend certain offers or not.

Game tester continuously gives feedback to gaming developers to ensure quality. This makes them an extremely important cog in the gaming industry.

If you prefer to have the finished game in front of you instead of sitting in front of the developments in the office, you can try it as a professional player. The scene around the eSports, the professional hosting of video game tournaments, is growing steadily and has become a reputable business that offers professional gamers a new career opportunity and the chance to make money.

Compared to the developer you have a hard time as a professional player, because the competition is huge. In order to prevail here, you have to be exceptionally good in one of the eSports games, have accumulated a large fan base and are discovered by scouts. It is possible to make a career as a professional gamer, but this way is not easy.

In the game industry, many more skills are needed. Even if game designers and programmers have developed the most beautiful and best-working game, but no one sees it, it can not be successful.

For this reason, there are also opportunities in the marketing industry from the marketing area. As a connection between the Company and the audience, the marketing department is responsible for marketing the game and analyzing media trends, so that the game is really well received and reaches a broad mass.

Musicians are also used in game development, because what would a game be without the right background music with the right dramaturgy? Video game music has a similar status as the soundtrack in films. The music is either composed specifically for the game, or pieces of music are licensed, which are then appropriately recorded by musicians.

The drama and thus the entertainment value of video games as well as films result from a combination of picture and sound. These two elements are closely related to each other and only create the multimedia experience. Sound and music have an often underestimated influence on how the video game is experienced. Music and sound can give a neutral picture element special drama, understand the picture or create a contrast to it. There is even a separate scientific discipline for studying video game music called ludomusicology.

In addition, a variety of other job opportunities in the game industry, such as actors. In order to ensure a special realism in characters, nowadays motion capture is used, for which actors are needed.

Even the more traditional Play with the lottery numbers offers potential job applicants extraordinary ridiculous job options: for example, that of the supervisor, who is also known as the winner's supporter at some companies. For this profession tact and empathy are needed as well as knowledge of the most important investment forms.

Because one Lotto consultants, who is permanently employed by the respective lottery company, is supposed to help the lucky lottery millionaires to do nothing carelessly out of sheer joy. Only too fast can wrong friends, envy, rash spending, a careless job termination and wrong investment strategies cause you to lose the profit again. That's why lottery winners are entitled to a briefing on a sum of money from 100.000 Euro.

Conclusion: Different competences have to come together

Bringing the best and most popular games to the market requires the skills of a wide variety of people with different strengths and interests. Whether game designers, programmers, gamers or marketers, what all positions have in common is a love of games and the ability to work as a team.