Better work, information as desired: We give you information you really need and engage with that Federal Ministry of Education as a partner for a sustainable working world. Our publishing house gives print and online media such as Books, Magazine, eCourses out - with over 20 years of experience in corporate publishing and customers like Samsung, Otto, government institutions, publisher Simone Janson one of the 10 most important German bloggers, referenced in ARD, FAZ, ZEIT, WELT, Wikipedia.

Disclosure & Image Rights:  Artwork created as part of a free collaboration with Shutterstock.
Editorial processing: This post was published on Best of HR – Berufebilder.de® revised and content adapted for the format by Simone Janson. All contributions by Simone Janson.

Text comes largely from the book: “SPIN IT! Think and convince like a spin doctor ”(2015), published by FAZ Verlag, reprinted with the kind permission of the publisher. 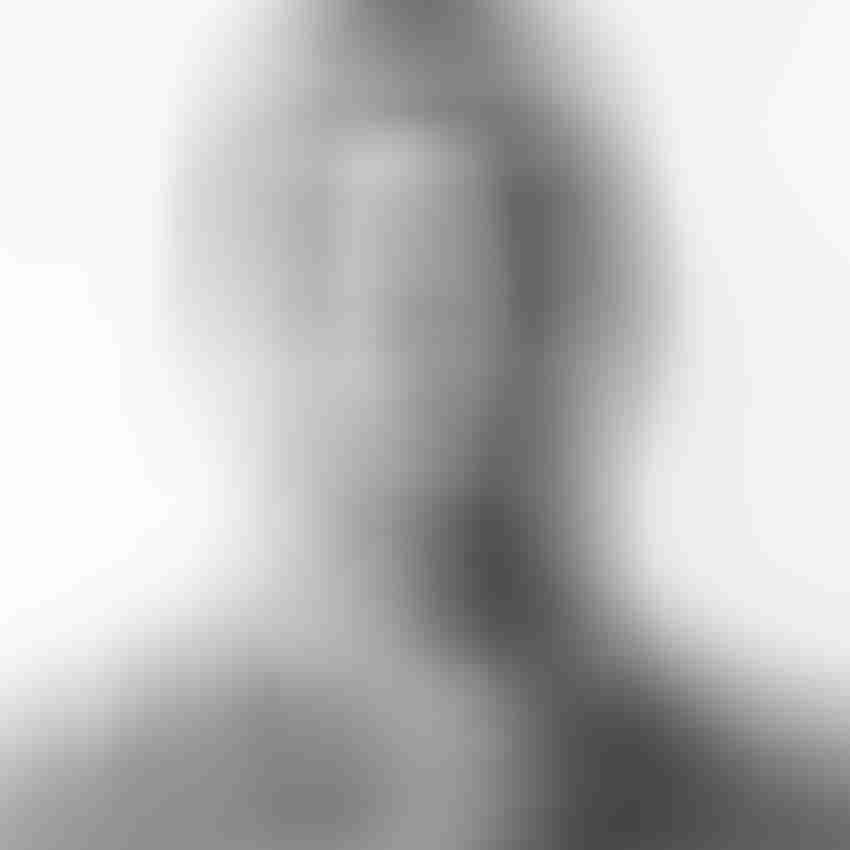 Here writes for you: Mathias Ulmann is a communications consultant and was a parliamentary advisor in the French Senate. Mathias Ulmann studied politics and communication science at the Institut d'études politiques in his native Paris. For eight years he was parliamentary advisor in the French Senate and in the Assemblée Nationale, where he defined “spin”, wrote speeches and managed interfaces with journalists and member networks. After filling several leading creative and strategy positions in international network agencies between 2006 and 2011, he has been advising companies on communication issues since 2012. At the same time he works as a consultant with a focus on “digital” and as a speechwriter for leading politicians. All texts by Mathias Ulmann.

The manager no longer leads, the manager should accompany the changes and act and act as a “change agent”. Nowadays, the executive floors are almost all about change processes and how managers can drive them forward.

The managers spend their entire time optimally preparing their organization and workforce for this: automation of production, conquering new markets, digitalization of sales and of course: “Change Mindset Workshop”.

The megatrends of the future

As we see every day, the world of tomorrow will be radically different. But what it really looks like can only be guessed at. The US intelligence services have delved into this question and tried the difficult feat of looking into the future, into the year 2030 to be more precise.

Every four years, the National Intelligence Council (NIC) prepares its “Global Trends” report based on various variables. The so-called megatrends are not really unknown: the rapidly increasing world population, the scarcity of resources, the political loss of power in the western world, the growth of the global middle class combined with the empowerment of individuals.

The strategy report combines these megatrends with so-called “game changers”, ie groundbreaking, disruptive trends, as well as with technical advances such as “interfaces between the human brain and powerful computers”, and turns them into political analyzes.

In their report, the secret service agents developed various possible scenarios that take into account the consequences of the change in the global play of forces. In 2030, China will be the largest economic power. Finally - one would almost want to add, since this topic has been on the front pages for years.

However, China cannot dethrone America, the NIC continues, since the USA continues to be involved in the global showdown and even remains the winner, namely as “Primus inter pares”, ie the first among equals.

They also assume that other regional heavyweights such as Brazil, Mexico, South Africa, Turkey and even Colombia will become increasingly economic and eventually political. At the expense of an aging Europe, which will have to fight harder and harder to maintain its standard of living.

So are we going to live in a multipolar world? Not really! The world of tomorrow will be “a-polar”, in other words: without clear dominant power. Is it good?

Rather, the real question is: Can a seven billion-strong human race deal with anarchy? Will humanity finally understand that many important global issues are a global and integrated Politics to need? We can't guarantee that, but we'll see.

Tasks of the Spin Doctor

One thing is for sure: our world is full of surprises. However, the spin-doctor's commissioner may not be a surprise, so he has to take into account the consequences of social, economic and political changes that are happening while he is anticipating the effects of the changes that are occurring.

In parallel, the spin doctor must quickly track down and interpret the small signals that announce the coming changes. It is, to say the least, a bit stressful: the Spin Doctor is almost never in the present, his mind is always busy with what happened and what could happen.

Keep an overview and create clarity

And yet he has to keep an overview and create clarity, slow down the pace and avoid the helpless chasing. It is actually not easy because the events are numerous and, worse, faster and faster. But "do not shoot the messenger!", You should never hold the messenger responsible for the bad news.

The new media landscape and especially the live TV coverage of news channels like CNN, France24, NTV and so on certainly bear their responsibility and play a central role in this entire acceleration. But this acceleration, like the shrinking of space, is the direct product of globalization.

But why should we be surprised? It is somehow quite normal considering that the economy is nothing more than a “creative destruction”, as the well-known Austrian economist Joseph Schumpeter said. The fact remains that change is never easy. Many managers fluctuate between actionism and attentiveness, between encouragement and exhaustion.

The permanent change is for the spin doctor, so to speak, normality, since his world consists mainly of events. Everything only events! Something always happens: A plane has disappeared over the Indian Ocean, new unfavorable poll numbers are published, a car bomb has exploded and endangers the already extremely fragile peace negotiations, a financing scandal threatens to drag the whole party into the dirt etc.

A chain of events

Politicians and their spin doctors are busy daily with advice on such events. The world is for them only a chain of events, small and big, which determine the political everyday life. The spin doctor has read Heraclitus and knows that nothing is more consistent than change and that the only thing that remains is change.

The art of spin-doctoring is to pre-empt these events, if possible, but usually only react to them, and the most important thing is to accept them. Events themselves can not be prevented and controlled. But we can control how we encounter it, interpret it, and then use it.

Political scientists like to speak of "agenda setting", as we have already explained, that is, the focus of certain topics. Some commentators are talking more and more about "agenda surfing" because most events are unpredictable and simple.

The key question is: how to deal with these events? Because they can not be avoided. Your competitor owns a new product that will turn your whole industry upside down? What can you do for it? What can you do against it undertake? You can determine how you react to it. There is certainly also a chance to copy this product.

Or to address another target group or finally push their research budget to the board. Everything is change. Everything just events. Your optimal reaction too. Surf on it, so you do not sink. Handle it so you do not go down. Easier said than done, right? I agree with them. And for one simple reason: there are more and more events, more and more changes. Our world is changing at a remarkable pace.

In March 1989, the British Tim Berners-Lee, a worker at the European nuclear research center CERN, wrote a treatise called “Information Management - A Proposal”. It was about a Concept to present the functionality of a uniform Internet. Berners-Lee thus developed “http” (Hypertext Transfer Protocol), the protocol that is used for the simple exchange of information around the world. That was about 25 years ago. In 2003 there was no Facebook.

Change in the HR world

In 2007, “Twitter” was just a word to describe the chirping of a little bird. Google turned 2015 in 15 - a teenager who sometimes behaves that way. And before 2010 there was a tablet to serve - mostly made of silver - but definitely not a PC.

Times change, it's in their nature. Just like in human nature. The “Generation Y” or “Millennials” will soon make up 75 percent of the workforce. This new species will be very scarce and very demanding. So it is urgent time for them HR-Departments to adjust.

Acquire this text as a PDF (only for own use without passing it on according to Terms & Conditions): Please send us an eMail with the desired title to support [at] berufebilder.de, we will then send the PDF to you immediately. You can also purchase text series.

Or for a little more directly buy a whole book or eCourse on this topic, read on. Here you will find a suitable selection.

XWe use cookies to give you the best possible experience by remembering your preferences. By clicking on "Accept" you agree to the use of ALL cookies. You can adjust your consent in the detailed settings. Privacy policyDeclineCookie DetailsAccept
Cookie-Preferences

This website uses cookies to improve your experience. Out of these cookies, the cookies that are categorized as necessary are stored on your browser as they are essential for the working of basic functionalities of the website. You also have the option to decline some cookies. However, this can affect your surfing behavior. You can find detailed information on our Privacy page.

advertisement
Advertising cookies are used to provide visitors with relevant advertising and marketing campaigns. These cookies track visitors across websites and collect information to deliver tailored advertising.
Analytics
Analysis cookies are used to understand how visitors interact with the website. These cookies help provide information about the number of visitors, bounce rate, traffic source, etc.
Save & Accept